Can current aluminum alloy prices continue? Is it conducive to the stability of the industry chain? Market views vary. We believe that although the rapid rise in aluminum prices and high aluminum prices have a positive effect, the negative impact deserves our attention and vigilance.

Positive: First, it has promoted the steadily resumption of production and production of the entire industry chain, and the aluminum industry has a significant profit-making effect on aluminum storage; second, the profitability of the alumina, electrolytic aluminum and auxiliary materials industries has increased significantly. Taking the electrolytic aluminum industry as an example, after experiencing a short-term overall loss, it turned into a full profit in May, and the profit level in June further improved. In June, the weighted average complete cost of electrolytic aluminum in the whole industry was 11988 yuan/ton. Compared with the average spot price of 13810 yuan/ton in the month, the theoretical profit of aluminum per ton was 1822 yuan/ton, exceeding the best level of profit last year. Close to 100%. 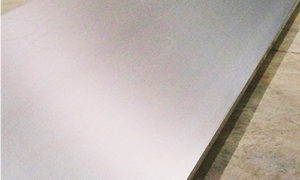 Negative: First, the import of unwrought aluminum (primary aluminum) and aluminum alloys has increased significantly, impacting the domestic aluminum market. As domestic aluminium alloy prices have risen much higher than foreign countries, the foundation of aluminum prices inside and outside has continued to stabilize. The domestic and international aluminium alloy price comparisons have jumped to over 8.5 since the end of April, a new high since 2009, and the import window for unwrought aluminum and alloys has been opened. . Customs data shows that the cumulative imports of unwrought aluminum and aluminum plate alloys totaled 374,000 tons from January to May, an increase of 415% year-on-year; according to import profit space calculations and research, a large amount of unwrought aluminum imports will be concentrated in July and August It is expected that the total annual import volume will exceed 800,000 tons.

Secondly, the strong domestic and foreign aluminum price bureau has hindered the export of aluminum. Trade friction superimposes the impact of foreign epidemic situations, and the export situation of aluminum products is already very serious, while the inversion of domestic and foreign prices makes aluminum exports worse. Customs statistics show that from January to May, China’s aluminum exports totaled 1.903 million tons, a year-on-year decrease of 13.1%. We judge that the uncertainty of exports in the second half of the year will increase further.

Fourth, high aluminium alloy prices have caused the consumption cost of aluminum products to increase, and the competitiveness of aluminum materials to replace other materials has declined, which is not conducive to the promotion of applications and curbs demand growth.

Of course, the trend of aluminum alloy prices has its own market law. What is the right aluminum price? It should be up to the market.